ANAHEIM — Joe Maddon doesn’t expect that he’ll do what Joe Girardi did to Max Scherzer on Tuesday night.

Girardi, the Philadelphia Phillies manager, asked umpires to do an extra search of the Washington Nationals ace for illegal substances, which visibly irritated Scherzer and Nationals manager Dave Martinez.

“It’s within the rule book to be able to do that,” Maddon said. “My personal philosophy is going to be to trust the umpires. As long as they’re vigilant checking on occasion, like they’re supposed to, I don’t think I’m going to be any more suspicious.”

Maddon said if he has reason to suspect a pitcher may need an extra check, he or one of his base coaches would probably suggest it to the umpires between innings, rather than initiating an extra spot check immediately.

“I hate living in a suspicious world, man, I hate it,” Maddon said. “I hate conspiracy theories. I don’t like any of that stuff. I’m not that guy normally. So I want to just let the umpires do their jobs.

“But there are times that you want to interfere a little bit or interject and just try to pick the right times.”

Justin Upton was not in the lineup a day after coming out of the game with back tightness.

Maddon said he believes Upton will be able to play Friday in Tampa, after an off day Thursday.

“He felt a lot better today, but definitely not well enough to play,” Maddon said. “He’s had issues in the past that he knows how to manage. And he was very confident that he can manage this one.”

Luis Rengifo did not play a single game in the outfield at Triple-A this season, but on Wednesday he started his fourth consecutive in right field. On Tuesday night, his misplay was critical in the four-run first inning that put the Angels in a hole.

When Maddon was asked Wednesday why Rengifo had not been used in the outfield at Triple-A, he said: “It just didn’t happen. They were more focused on getting him work on the infield, which we thought was going to be the spot.”

Angels shut out by Giants as Justin Upton leaves with injury Angels send Jose Quintana to the bullpen, where he’ll work in short relief Albert Pujols on his Dodgers days: ‘This is the most fun that I’ve had in awhile’ Angels activate José Quintana, send down Chris Rodriguez and Jaime Barria Angels aim to keep red-hot Justin Upton in leadoff spot

“We wish we had possibly had him play out there more often, but it does not seem to be impactful right now,” Maddon said. 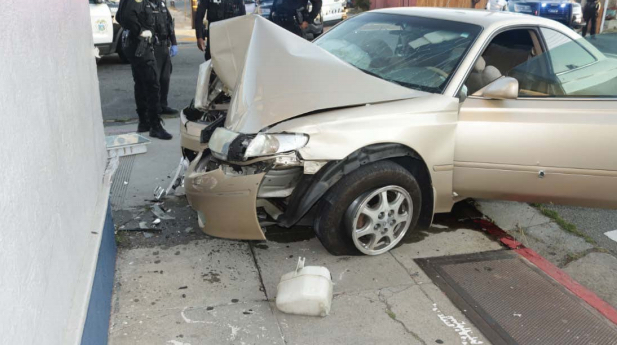